(OMNS, June 22, 2010) Linus Pauling was aware that studies of the animal kingdom showed that most animals have the ability to manufacture vitamin C in their bodies. Humans cannot. Furthermore, on average, mammals make 5,400mg daily when adjusted for body weight, and make more (often considerably more) when under stress or ill. This is about 100 times as much as the 50mg we get from a typical modern diet. It prompts the question, why do animals make so much vitamin C, and what purpose does it serve in the body?

A small number of animals which are known to share our inability to make vitamin C include the apes, the guinea pig, the fruit bat, and some birds, all of which will normally get a lot of vitamin C from their food. If you deprive a guinea pig of vitamin C it soon develops a form of cardiovascular disease (damage to its arteries showing within a few weeks). Similarly, studies of genetically modified mice have shown that if you switch off the gene that enables a mouse to produce vitamin C it will also soon show signs of heart disease. Re-introduction of a high vitamin C diet enables the damage to be reversed. While heart disease is rare in the animal kingdom, it is becoming a problem for apes in zoos where their diets are perhaps not as rich in vitamin C as when they are in the wild.

Collagen
A very important function of vitamin C in the body is its role in the production of collagen. Collagen is the most abundant protein in the body, and forms into fibres which are stronger than iron wire of comparable size. These fibres provide strength and stability to all body tissues, including the arteries. Vitamin C is absolutely essential for the production and repair of collagen, and is destroyed during the process, so a regular supply of vitamin C is necessary to maintain the strength of body tissues. Severe deficiency of vitamin C causes the total breakdown of body tissue witnessed in scurvy. Linus Pauling believed that whilst humans normally obtain sufficient vitamin C to prevent full-blown scurvy, we do not consume enough to maintain the strength of the walls of the arteries. He suggested that of all the structural tissues in the body, the walls of the arteries around the heart are subject to the greatest continual stress. Every time the heart beats the arteries are flattened and stretched, and this has been likened to standing on a garden hose thousands of times a day. Many tiny cracks and lesions develop and the artery walls become inflamed.

Dr. Pauling believed that in the presence of adequate supplies of vitamin C this damage can be readily repaired and heart disease is avoided. However, in the absence of adequate levels of vitamin C, the body attempts to repair the arteries using alternative materials: cholesterol and other fatty substances, which attach to the artery wall. (1-8)

Cholesterol and Lipoprotein (a), Lp(a)
The most abundant amino acids (protein building blocks) in collagen are lysine and proline, and when collagen strands are damaged lysine and proline become exposed. A special kind of cholesterol, lipoprotein(a), is attracted to lysine and proline and will attach itself to the exposed damaged collagen strands. It is an attempt by the body to repair damage to the collagen of the artery walls in the absence of adequate levels of vitamin C. Unfortunately the repair is not ideal and over many years repeated deposits can cause the artery to become narrow and inflamed. Heart attack or stroke is likely to follow (usually caused by a clot forming at the site of the narrowed artery, or by a piece of plaque breaking off and blocking a smaller vessel downstream). When vitamin C levels are low, the body manufactures more cholesterol, especially Lp(a). Conversely, when vitamin C levels are high the body makes less cholesterol.

If high blood cholesterol were the primary cause of heart disease, all bears and other hibernating animals would have become extinct long ago. They naturally have high cholesterol levels. One reason bears are still with us is simple: they produce large amounts of vitamin C in their bodies, which stabilises the artery walls, and there is therefore no tendency to develop cholesterol deposits or plaque.

Keeping healthy
The low levels of vitamin C that are available through diet are inadequate to prevent many people developing arterial plaques, and over time this may result in cardiovascular disease. Post mortem examinations showed that 77% of young American soldiers killed in the Korean war (average age 22) already had well-advanced atherosclerosis (heart disease), and post mortem studies from the Vietnam war gave similar results. Heart disease is not just a disease of the elderly, although it does not usually become life threatening until later in life.

How can we prevent it? Pauling believed that once we start taking high levels of vitamin C, the disease process is halted, or at least slowed, as Lp(a) cholesterol is no longer needed as a repair material. He also believed that when we take adequate levels of vitamin C, existing arterial plaques may start to be removed from the arteries. He found that the removal of plaques is more rapid if the amino acid lysine is taken along with vitamin C. Lysine appears to attach to the Lp(a) in existing plaque deposits and helps to loosen them. Linus Pauling recommended at least 3000mg of vitamin C per day as a preventive dose, and significantly higher levels of both vitamin C and lysine for the treatment of existing heart disease. Dosage is a key factor: low doses are ineffective.

Retention in the body
Another important point is that a single dose of vitamin C is not retained in the body for very long. This fact has been used for a long time by those who do not support the use of high doses of vitamin C as evidence that the body does not need and cannot use large doses. After a single large dose of vitamin C, the blood level quite soon returns to a low level. A lot is excreted, the high blood level only remaining for a few hours.

The key factor here is that the body is not designed to function with just a single large dose of vitamin C once a day. Animals are able to manufacture vitamin C in their bodies and do so continuously throughout the day. They have an enzyme which converts glucose to vitamin C, and each day they produce on the order of a hundred times more vitamin C than we are able to get from even a good diet. When animals are ill they manufacture even more, perhaps thousands of times more than we can get from our diet.

How much should we take?
For people who are essentially fit and well, the Vitamin C Foundation recommends perhaps 3,000mg of vitamin C per day, taken in divided doses as 500mg every four hours, as a protection against the development of heart disease. The problem with even this protective dose is that taking a tablet every four hours is not something that many people would want to adopt as part of their daily routine. But there is good evidence to suggest that this level of intake will help maintain the strength of the arteries and prevent the build up of cholesterol plaques. If everybody were to do this, perhaps heart disease would become a largely a thing of the past (as might many other chronic diseases).

When treating illness, "bowel tolerance" is the indicator of dosage level that should be used. This means taking just under the level of vitamin C (in divided doses) that results in loose stools. Everyone is different. Note that while a few 1,000mg doses a day might make you loose when you are fit and well, your "bowel tolerance" might increase to ten or even a hundred times this when very ill. So, for illness, the levels suggested by the Vitamin C Foundation are 6,000mg to 18,000mg of vitamin C per day (or up to bowel tolerance) plus 2,000mg to 6,000mg of lysine. These vitamin C levels may seem high, but are perhaps not particularly large when compared with levels seen in the animal kingdom. A substantial amount of lysine may be obtained from diet. For example, one may obtain 3,000 to 4,000 milligrams of lysine from about can and a half of beans. Supplementation reduces the need to consume that much.

Controversy
"Even though some physicians had observed forty or fifty years ago that amounts of vitamin C a hundred to a thousand times larger (than the RDA) have value in controlling various diseases, the medical profession and most scientists ignored this evidence." (Linus Pauling, How to Live Longer and Feel Better)

In medical circles, Pauling's recommendations remain controversial. However, his theory seems reasonable, and the implications are so significant that some major scientific trials should have been undertaken to assess it. This has not happened. Supporters of high-dose vitamin C have had their applications for research funding denied repeatedly, and have had to be content with carrying out small scale research projects and case studies. These have been very positive. Over the past fifteen years, Pauling therapy advocates have received hundreds of reports from heart patients who have self administered the therapy. It is reported that these people typically recover within 30 days, and the majority experience significant relief within as little as a week or two. In 1994, Linus Pauling wrote, "I think we can get almost complete control of cardiovascular disease, heart attacks and strokes by the proper use of vitamin C and lysine. It can prevent cardiovascular disease and even cure it. If you are at risk of heart disease, or if there is a history of heart disease in your family, if your father or other members of the family died of a heart attack or stroke or whatever, or if you have a mild heart attack yourself, then you had better be taking vitamin C and lysine."

Putting the "C" in Cure: Quantity and frequency are the keys to ascorbate therapy. http://orthomolecular.org/resources/omns/v05n11.shtml

RDA for Vitamin C is 10% of USDA Standard for Guinea Pigs. http://orthomolecular.org/resources/omns/v06n08.shtml

The peer-reviewed Orthomolecular Medicine News Service is a non-profit and non-commercial informational resource. 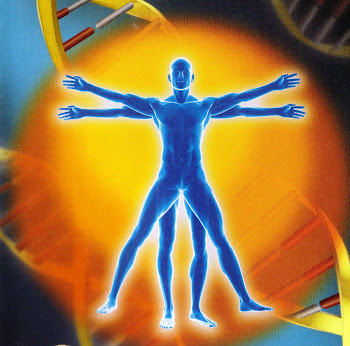